Douglas Iris are wonderful additions to a woodland or meadow garden. They are non-fussy, low maintenance, relatively drought tolerant and tidy, neat little plants with distinctive foliage and beautiful flowers.   Combining Douglas Iris with other cultivars of Iris (generally lumped together under one name — PCH (pacific coast hybrids)), it is easy to create and maintain a flourishing grove of beautiful, early to mid spring blooming California natives, with inevitably contrasting foliage to the balance of your gardens.   If you need more convincing, the following photos speak for themselves. 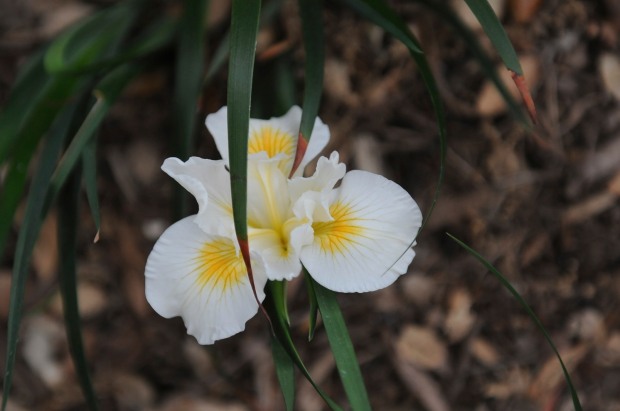 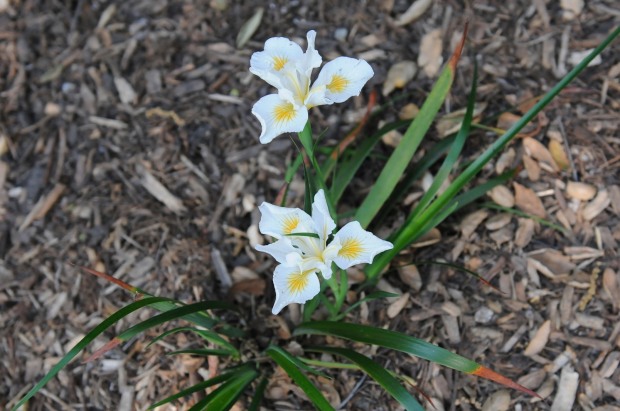 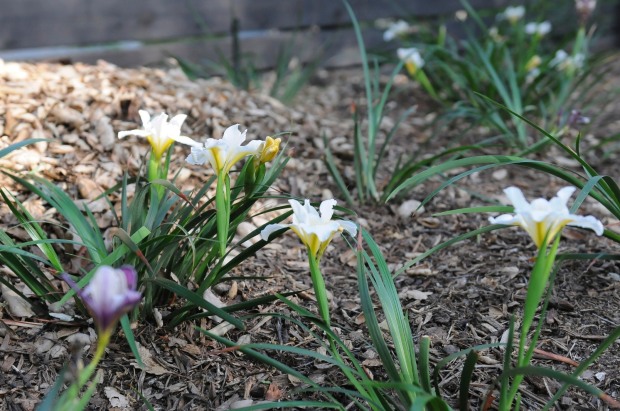 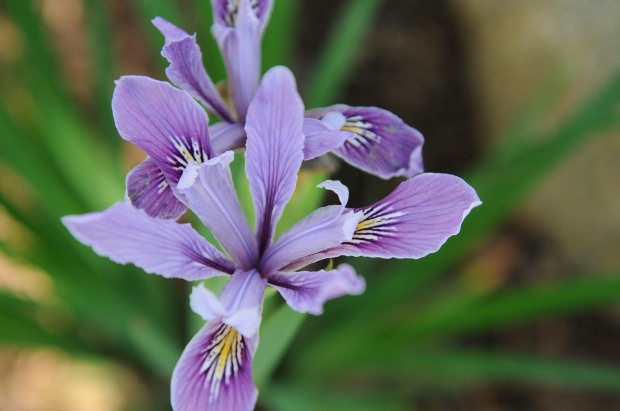 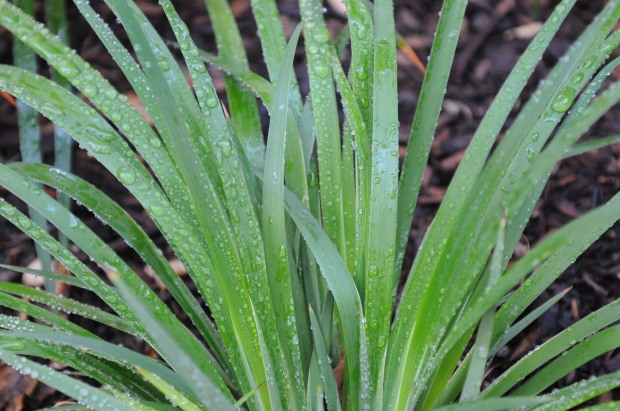 The Iris genus consists of monocots in the form of low fans of sword-shaped leaves with parallel veining.  Iris are perennial herbs, spreading by rhizomes and flowering in the early to mid spring.   The flowering shown in the photos above occurred in early to mid March 2012 and lasted until early May.

Iris are members of the Iridaceae Family.  The Jepson Manual (TJM) attributes 65 different genera and more than 2050 species to Iridaceae.  Within the Iridaceae Family, the Iris genus consists of nearly 160 species according to TJM.    The USDA Plants database identifies 52 species of Iris, and indicates that Iris are found throughout almost all of North America, including Alaska.  The natural distribution of Douglas Iris is limited to California and Oregon according to USDA.

According to TJM, Iris douglasiana is found in California primarily in pastures and grassy environments. The leaves are bitter such that livestock and deer will generally not graze on them (but the gophers in our gardens don’t seem to mind the bitterness!).  See the more specific locations of its natural occurrences here: http://ucjeps.berkeley.edu/cgi-bin/get_JM_treatment.pl?8185,8195,8198.

Iris was first recognized in 1840 by Herbert G. A. W. Arnott in W. J. Hooker and, Bot. Beechey Vol. 395 per Flora of North America.  Iris douglasiana is commonly known as Douglas Iris, but is also sometimes referred to as Mountain Iris.

General:  Medium green blades of fanned leaves – distinctly monocot in appearance.   The plants shown above are generally 12 to 18 inches in height and width.  The fanned leaves are folded over one another along their vertical axis and joined at the base.  Linnaeus referred to this fanned and folded feature as “equitant” — as if one leaf is riding horseback on another leaf (it is a very helpful distinguishing feature).  In our gardens, the Iris are present in two partially sunny locations, each of which receives supplemental water as needed approximately every 8th day or so.

Inflorescence and Flowers: 3 turned down sepals (falls), and 3 upright petals (standards). The central area of the sepals (falls) will contain a different color than the balance of the sepal and the petals (see the yellow and white and purple distinctions in the photos above — notably only on the sepals (falls)).  Unlike certain non-native Iris, Douglas Iris and other PCH Iris are “beardless”.

Fruit/Seed:  Oblong, rubbery looking capsule approximately 1.5 inches by 0.5 inches. The capsules began to appear in our gardens in approximately mid May and early June during 2012.

Compatible Plantings: In our gardens, we have mass planted Irises in a rock garden area beneath Oaks and as a border along a woodland path beneath a canopy of Oaks.  The green leaves contrast particularly well against the granite boulders.

Parting Thought:  It took us some time to appreciate Irises in general.  Non-native bearded Irises tend to appear very strappy and particularly messy (after they flower) in my estimation.  When we discovered the native California Irises, we noted a difference.  They don’t tend to get strappy, the flower stalks are less leggy and the browning and yellowing of the leaves after flowering is less obvious.  The Irises are now some of our favorites – remarkably beautiful plants, and tidy enough for our gardens.